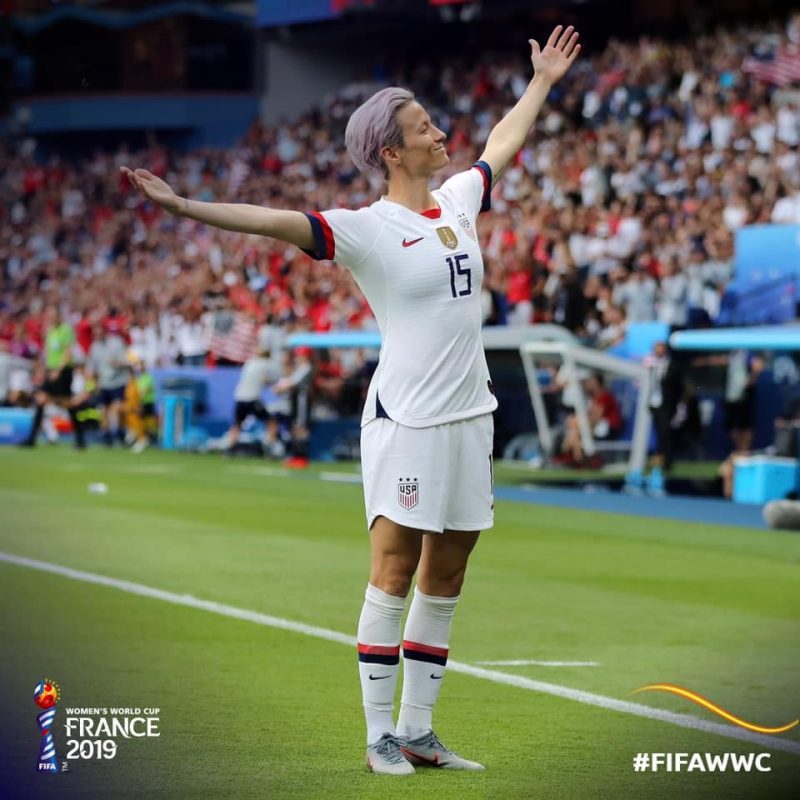 Confused already?  Here are the cliff notes to the story…with pictures no less.

Judgement of Paris – Part 1…In Greek mythology, Paris of Troy chose Aphrodite over Athena and Hera 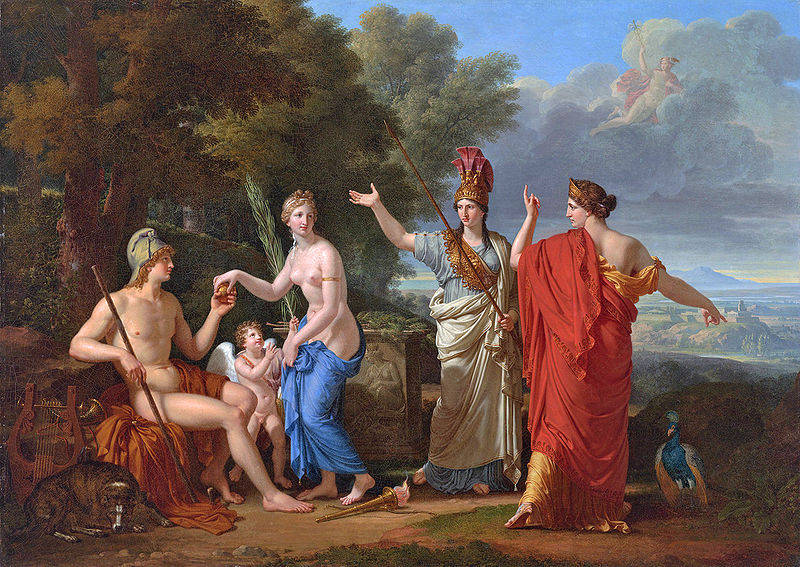 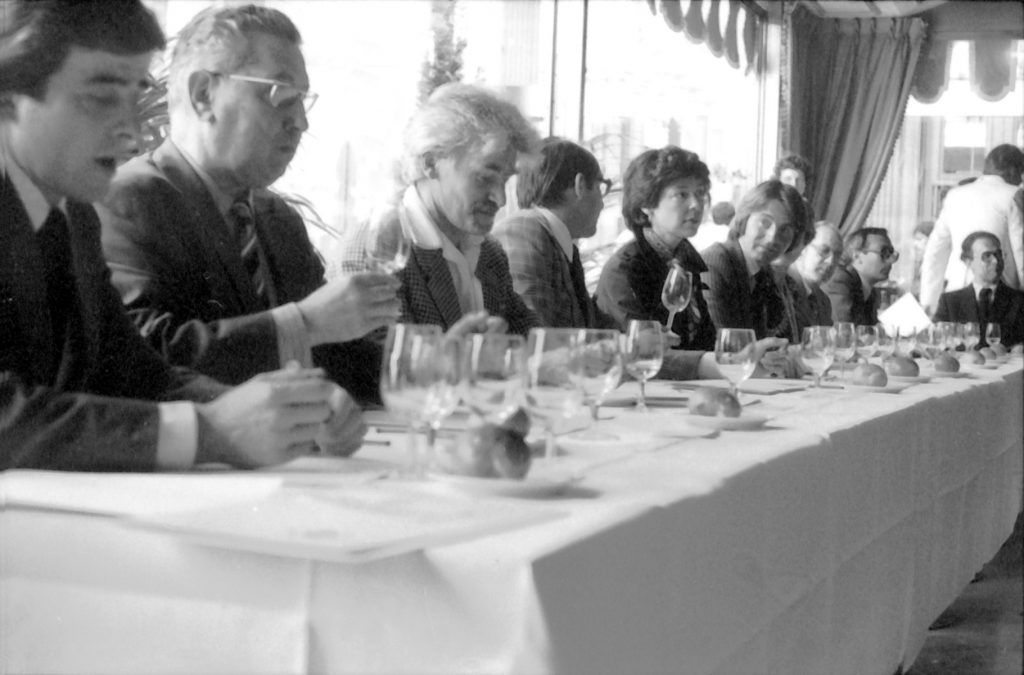 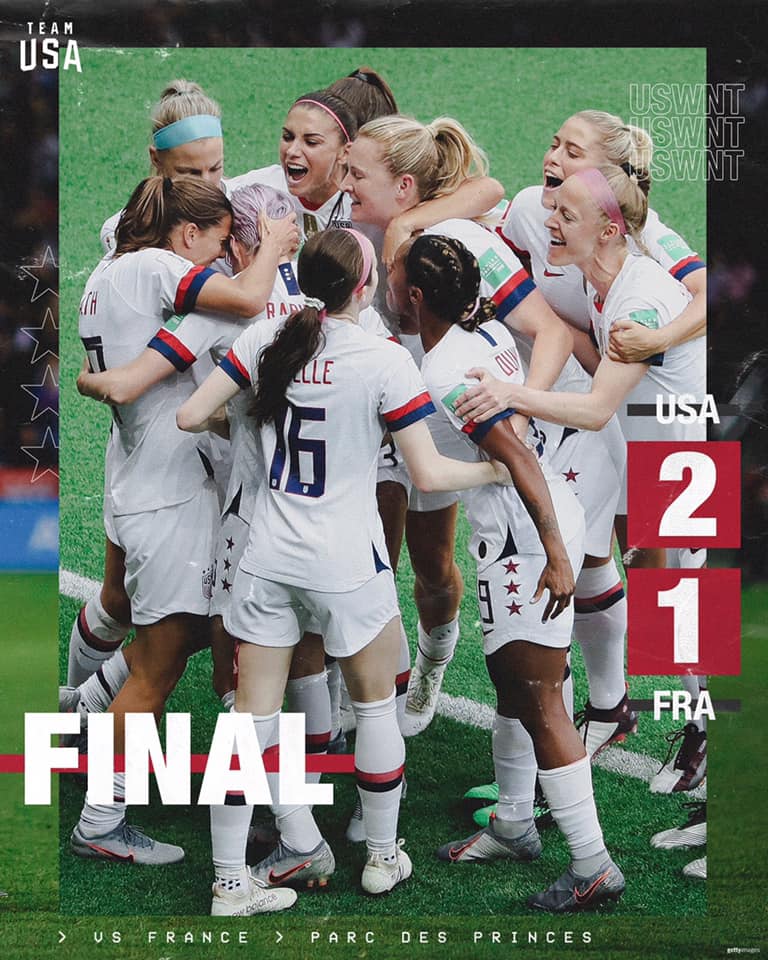 Yup…Greek mythology, wine and US women’s soccer.  Any questions?

According to Greek mythology, the original Judgement of Paris involved Paris of Troy being tasked to decide which of the three goddesses was the fairest of them all.  The decision by Paris to award Aphrodite the golden apple of discord over Athena and Hera, eventually led to the Trojan War.

The second Judgement of Paris was a wine competition organized in Paris in 1976, in which French judges carried out two blind tastings with the much heralded French wines and the unsung wines from Napa Valley, California. One of the Californian wines was unexpectedly rated best in each category, and the result was the wine industry was changed forever.  Remember the movie “Bottleshock”?  I imagine the US team watched it before playing on Friday.

Let’s fast forward to 2019 and I assume if you are reading this, you tuned into the modern day version of the The Judgement of Paris on Friday.  It was an epic battle between what many consider the top two teams in women’s soccer.  And yes, it happened in Paris.  Whereas the first judgement involved Paris of Troy choosing which goddess was fairest of all and the second judgement involved a wine tasting, the third version decided much more.

First it proved the US women’s soccer players are a bunch of badasses (pardon my French).  Rewatch the game and you will see it too.  It wasn’t the greatest soccer in the history of the game and US coach Jill Ellis and all of the players interviewed were quick to point that out as they prepared for the next game while France sat at home.  France dominated large portions of the game, but when it mattered most, the US team stood tall and stood together.  They fought, they clawed and competed.  And, they rolled into Paris and showed the entire world how they roll.

The game also demonstrated that Jill Ellis can coach.  Many criticize her and think she can just roll the balls out and win the World Cup with the roster the US team has.  Heck, one of the players even was quoted saying they have two teams that could win the World Cup, which doesn’t actually help her case.  On Friday, Ellis coached her ass off (pardon my French again) and there was plenty of evidence that she had prepared her team to win that game.  Whether you agree with her roster selections, starting lineup and style of play or not (I know I often don’t) her in game decisions on the day (and the advance preparation to make those decisions) should be appreciated.

The US had scored an early goal and it took the French team awhile to get going.  The last part of the first half you could see the French team starting to find their way in the game, dominating possession and beginning to find the cracks in the US amour.  In the second half, from the moment the ball was kicked off until around the 60th minute, it was all France.  They broke the US down, and were creating chances to score and tie the game.  The US was on their heels, they were tiring and the game was slowly slipping away.  Around the 60th minute, you see Ellis yell from the sideline to change into a 1-5-4-1.  That decision completely changed the game.  Three minutes later, in the 63rd minute she subs on Lindsey Horan who quickly pulls the team together to better organize the team.  In those five minutes, you can see the French team trying to regain their bearings in the game and also adjusting (or trying to figure out) how the US is playing.  They were surprised and they were confused and whether you wanted the US to attack (not retreat) their way into a World Cup semifinal didn’t matter to the woman making the decisions.  She wanted to live to play another day.

In this moment of transition, the French team gets sucked higher and the US takes advantage in scoring the second (and eventual game winner) in the 65th minute.  The goal was completely against the run of play, but came as a result of a bold in game decision from Ellis (and likely her staff).  Instead of conceding the 1-1, which was coming around the corner, through a shift of formation, a player substitution and France trying to reestablish themselves with these changes, the US now led 2-0 in the 65th minute.  It was now an entirely different game.

By no means was the game over, but it was clearly game on.  France has 25 minutes to score two goals and the US team had 25 minutes to hold on.  In the 1-5-4-1 system, when France created chances wide, the US had cover wide and extra players central to win crosses.  When France attacked central, the US had condensed the space with bodies making it difficult (especially with tired legs that come at this stage of the tournament, on such a hot day, during such an intense game) for France to find the quality individual or combination play to break them down.

France still created chances to tie the game (and possibly even win it), but in the end, the US managed to hold on.  Actually, “hold on” in unfair as the US despite being clearly dominated (France 64% of possession to US 36%, France 14 shots to US 4, France 5 corner kicks to US 2) the US did a lot more than hold on.  They adjusted and played in a way in which they had clearly prepared to play in the moment.  They fought and scrapped for everything, and although the soccer wasn’t pretty at times, the attitude, work ethic and resolve to win was what the game needed. And that is what they delivered in order to beat the host nation on their hallowed turf and to advance to the World Cup semifinal.

Now you know…The Judgement of Paris – Part 3…The US women’s soccer team are a bunch of badasses and coach Jill Ellis proved she can coach!

Now the only question that remains against England, is what time do the English need to be out of their hotel…too soon?